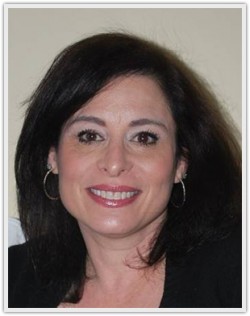 Throughout her extensive career in education, Shari Duddy has established herself as one of the top educators in the New York metropolitan area. After starting out as a third-grade teacher in the South Orange/Maplewood area of New Jersey, Shari spent almost two decades developing innovative teaching methods and building bridges between special education and general education students.

Indeed, one of her main accomplishments was championing a pilot program which stripped away the barriers between the two groups. As a result, Shari mixed students together by focusing on learning strengths and needs instead of student disabilities.

On account of her groundbreaking, hands-on approach, Shari has garnered a great deal of positive media attention over the years. In addition to several newspaper articles, she was featured in What’s Right in American Education in the 1990’s.

During her time in the Livingston school system, Shari underwent training in the Orton-Gillingham approach and in literacy education at Teacher’s College, Columbia University. In addition to being a member of the Interventional and Referral Services Team, she also helped write the school's social studies, mathematics and language art curricula.

One of the things she is most proud of is her work as a case manager for learning disabled students in multiple school districts. As an advocate for the special education community, Shari is a member of the following groups: Coaching Parents for Special Education and Reading Instruction in Special Education.

Shari holds a Master of Education in Instruction, Curriculum and Administration from Kean University, a Learning Disabilities Teacher Consultant Certification from William Paterson University, and both Supervisory and Principal’s certifications from Kean University. With nearly three decades of experience in special education, Shari continues her mission today as a Learning Disabilities Teacher Consultant in both New Jersey and New York.

After her proposal for a new high school was accepted back in 2010, Julie Nariman opened the High School of Language and Innovation for English Language Learners in the Bronx the following year. Through her guidance, this high school has regularly posted above-average results in the district, which established Julie's reputation as one of New York City's most innovative school principals.

As the head of the High School of Language and Innovation, Julie Nariman gets the best out of both teachers and students by encouraging them to collaborate, engage in discussions and express themselves. As a result, she has developed a leadership style based on teamwork and community support coupled with a strong belief in coaching and professional development.

In addition to her day job, Julie Nariman continues her work outside the classroom. For example, she remains active in the Guild Education program by teaching English as a Second Language to managers at companies such as Taco Bell and Chipotle. Furthermore, she continually refines her methods by getting feedback from her newest students regarding learning styles in their home countries; Julie subscribes to the belief that an educator can learn as much from her students as they can from her.

After majoring in film/video and literature at Penn State University, Julie started her career in Brooklyn teaching English to both middle and high school students. Afterwards, she took her skills to South Korea, which set the stage for her career as a school principal and one of the best instructors of English as a second language in New York City. 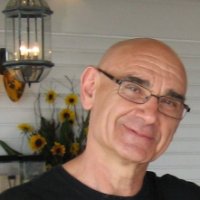